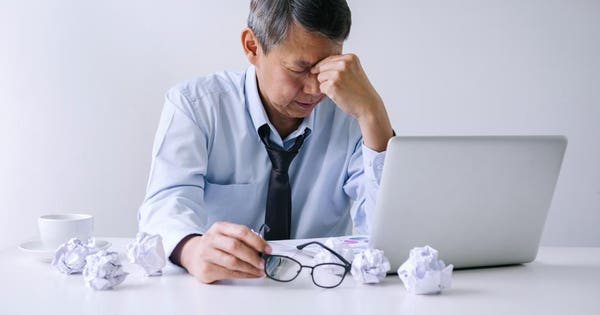 After the cost of insuring General Electric’s debt hit a six year high on Monday and the stock continued it precipitous decline, GE retirees began to ask about the unthinkable. I know this because I got more than a 100 responses to my last article on Forbes. What would happen to their pensions if GE went bankrupt? No one is saying that bankruptcy is imminent, but with few signs of a turnaround, it’s time to consider the worst case scenario. GE’s pension plan is insured by a government agency called the Pension Benefits Guarantee Corporation’s (PBGC) Single-Employer Plan. Here’s what the PBGC says you are guaranteed.

What Would The PBGC Pay?

Right off the bat, it should be noted that the PBGC does not guarantee health benefits. For 2018, the PBGC’s guarantee limit for the single-employer plan is spelled out here.

If your current pension benefit is less than the PBGC’s guarantee limit in the table in all likelihood you will continue to receive the same benefit amount.

The numbers in the table are determined by a formula established by law about 40 years ago. Each year the guarantee limits go up, never down and they are set without regard to the financial condition of the plan.

Who Makes Up The Shortfall?

You may wonder, as I do, how the PBGC can pay the same benefits when GE says its plan’s assets are short by close to $29 billion. Who makes up for the shortfall?

An expert on the PBGC, who I spoke to on background, explained that the shortfall is made up for by insurance premiums paid by pension funds that are still ongoing. PBGC receives no funds from general tax revenues. The PBGC is not backed by the full faith and credit of the U.S. government. It is more like Fannie Mae and Freddie Mac. No one knows who would pay if the PBGC couldn’t meet its obligations.

If the PBGC were to take over GE’s pension plan, the financial stability of Single-Employer plan would suffer. The Plan would have assets of about $180 billion and liabilities of about $208 billion for a net underfunding of about $28 billion. That does not mean payments would stop, or even be reduced. But it means the plan is expected to run out of money before its obligations are over. To make the program financially sound, something has to change.

Would the government come to the rescue with a bailout like it did for Fannie and Freddie? It has happened before but I would not count on it happening again.

The General Motors And Chrysler Bailout

The last time the PBGC faced a similar situation was in 2009 when President Obama bailing out General Motors and Chrysler thereby keeping up to $20 billion of unfunded pension liabilities off the PBGC’s books. In 2009, the PBGC’s Single-Employer plan was underfunded by about $21 billion.

When President Obama bailed out General Motors and Chrysler in 2009, the primary justification was to save an estimated 1 million jobs after the financial crisis had nearly frozen access to credit for vehicle loans and sales had plunged by 40%. The U.S. Treasury paid a total of $80.7 billion for stock in GM, GMAC, and Chrysler. By the end of 2014, the stock was sold for $70.5 billion for a loss of $10.2 billion. However, by preventing GM and Chrysler from dumping a combined $20 billion of unfunded pension liabilities onto the PBGC, the bailout indirectly saved the PBGC.

On Tuesday, GE announced that it was selling 166 million shares of Baker Hughes to raise about $4 billion and will transfer some UK pension liabilities to Baker Hughes on a fully funded basis. GE’s UK pensioners are the lucky ones. This sale carries a whiff of desperation because the Baker-Hughes shares GE is selling for about $24 per share were acquired just in 2016 in a complex transaction which according to Jeff Immelt, who was CEO at the time, cost the company $76 per share (see page 17 of this November 7, 2016 presentation).

The Sum Of The Parts

I continue to hear from knowledgeable retirees that the Aviation, Healthcare, and Power businesses are worth more than the $8 per share that the market now values General Electric. However, shareholders don’t determine company strategy. Not even knowledgeable shareholders who used to run parts of the company.

The question of whether GE is undervalued is separate from how much GE should you own.

If you have enough to live on comfortably without GE, you can afford to maintain an oversized position in GE stock though I don’t recommend it.

However,  if your retirement depends on GE turning around, it’s time to invest your portfolio in other stocks.