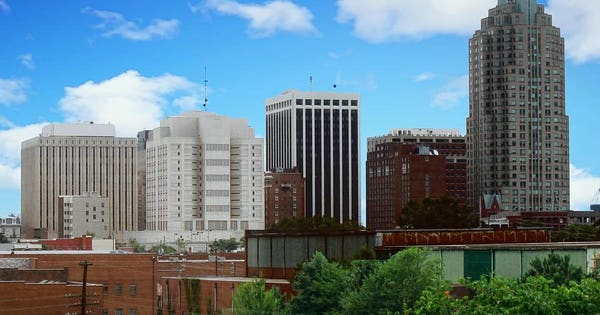 Home flipping has increased over 63% in Raleigh, North CarolinaGetty

Here’s the latest news on flipping homes for quick profits. The heady days of the home flippers in major cities are winding down as market fundamentals flip themselves. During real estate’s halcyon days flippers seem just to appear. These include long time and experienced developers, investors, real estate brokers, and amateur “developers.” Strong seller markets where prices are rising and inventory declining often create the perfect storm for profitable flipping. Traditionally flippers purchase a property then tear it down and build a new often larger home or do a gut renovation. The property goes quickly back on the market selling for a hefty profit.

That’s quickly changing in markets around the country according to recent research from realtor.com. The numbers show not surprisingly flipping has cooled. On the flip side, it’s on the rise in smaller in-demand markets. The reason—home prices are rising along with the population. Javier Vivas, director of economic research for realtor.com looks at the story behind the data. “What surprised me was there was such a divergence of markets where there were declines in flipping and then spikes in others since a year ago.”

Metros where home flipping is downrealtor.com

Here’s where flipping is down according to realtor.com. Topping the “Metros Where Flipping Is Down The Most” rankings is Columbus, Ohio which saw an 18.8% decrease from last year. Additional areas on that list include Cape Coral, Florida, Virginia Beach, Virginia, Riverside, California, Portland, Oregon, Seattle, Washington, San Diego, California, Sacramento, California, Richmond, Virginia and Miami, Florida.

Let’s look at the numbers showing decreases in home flips from one year ago. Cape Coral, Florida is down 14.4%, Virginia Beach, Virginia at 10.9%, Riverside, California with a 10.6% decline. When you look at Seattle where the median home price is $550,000 you see a decline of 8%. Head down to San Diego with the highest median price on the list of $657,000 and that number is off 7.9%. “Flippers had a great couple of years in certain markets and now that’s pretty much over in those areas,” Vivas adds.

Markets where flipping is risingrealtor.com

The metros where flipping has increased the most may surprise you. Raleigh, North Carolina leads with an over-the-top 63.4%. Charlotte, North Carolina comes in second at 42.5%. Then there’s Orlando, Florida with a 37.1% increase. “In these areas with lower costs and increases in demand flipping is rampant,” notes Vivas.

In areas where home prices increased combined with higher mortgage rates, the pool of buyers decreases making flipping inherently riskier and ultimately not so attractive. Continuing Lecturer of Finance and Real Estate at UCLA Anderson School of Management Paul Habibi explains the fundamentals. “The big decline you see is from the amateurs who want to invest in a market where they see an upward trajectory. That’s what people look to take advantage of,” Habibi explains. “You can do a lot of things wrong in an up-trending market which can save you from your mistakes. That changes when the market changes and it filters out upstarts who don’t really know what they are doing,” Habibi said not mincing words. Financing has gotten trickier on those deals, weeding more players out of the game.

On the luxury side of the street, Los Angeles, long a flipper’s haven is seeing a decline. David Parnes, a director at The Agency in Beverly Hills who with his business partner James Harris are two of the area’s top luxury agents. Their clients include professional developers from Beverly Hills to Malibu. “Residential real estate is very subjective. There is a lot of great product being developed on spec by very experienced developers. Those are still selling. It’s the not so great product on where all boxes aren’t checked by amateurs with little or no experience who are trying to do copy-cat projects that don’t sell for what they think they will. At the high-end buyers are simply savvier and won’t just buy anything.”

Flipping could also be called, adventures in real estate which will continue as markets rise and fall as they always do.

Chesapeake Energy, a pioneer in the U.S. shale revolution, files for bankruptcy protection
Inside a $10,000,000 Custom Hollywood Home with UNDERGROUND TV
COVID hasn’t stopped the housing market, but good luck finding a home you can afford
Chapter 11 filing frenzy
Tesla Is Now The World’s Most Valuable Car Company With A $208 Billion Valuation