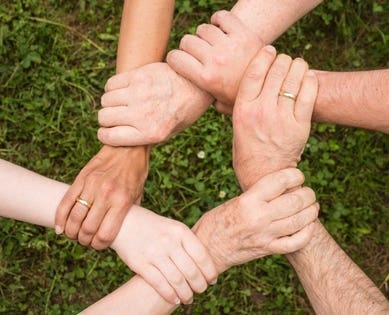 The next big tech trend is humanity, was a big theme coming out of the World Government Summit in Dubai in February 2018, delivered by an all-star cast including Narendra Modi, Christine Lagard, Malcolm Gladwell and will.i.am.

I found it very refreshing despite being the only “adult supervision” on a cryptocurrency panel talking about professional standards and conduct in an impending ICO market bust – I wasn’t very popular, but my colleagues will tell you there is no new news in that.

Most of the conferences I attend focus on “the next big tech thing” and what it can do, often to the exclusion of the utility and impact the technology will have on society. I am most often asked what the next “smart money” tech trend is in fintech. I am now happy to report it is not blockchain, bitcoin, or AI, it is humanity, so open your wallet, it’s time to invest in people.

To improve the human ingredients for cooking up better technology recipes there has been an increasing focus on talent, diversity and STEAM (Science, Technology, Engineering, Arts, Mathematics) in education in recent years, however, the impact new technologies have on humans in work, our communities, and the environment is surprisingly often overlooked.

The World Economic Forum estimates that 65 percent of children entering the school system today will end up in careers that don’t exist yet, and much of this is down to the rapid pace of new technology development.

We have seen the pace and nature of technological development wipe out many jobs in traditional manufacturing and industrial sectors. This, along-side no real wage growth for workers for many years, appears to have conflated to rear its head as populism in many Western countries.

This narrative is alarming – With robots and artificial intelligence replacing human jobs at the same time life expectancy is increasing, what are you going to do at the age of fifty when there is no longer work for you and your going to live to 80?  As importantly, where is the money going to come from to support you and your family? It is likely your pension scheme, if you even have one, is not going to get you over the line.

What kind of a world are we creating for our children and future generations when we reduce gainful employment to a near slave wage culture of jobs for humans that robots don’t (or won’t) do, destroy the fabric of communities, and contaminate the environment, all for a good shareholder return. Don’t think this is limited to manufacturing jobs. Financial analysts, fund managers, insurance underwriters and doctors are at the top of the list of jobs for robots.

It is difficult to find a roadmap from industry, government or academia of what future jobs and the economy might offer to people and what society might look like. By historic measures, future predictions are mostly incorrect. Surely, the robo-doom vacuum that has been created can at minimum be filled by a responsible narrative about the destination of travel to rational growth and prosperity. Maybe we can ask the robots to help us with the roadmap?

Adam Smith, the father of modern capitalism had corporate and social responsibility at the heart of an economy of inter-connected stakeholders in his design of capitalism. I am glad that we are beginning to return to this. Humanity needs a hand, even if it is an invisible one. As a free marketer, it is disappointing to me that we seem to have lost our collective social responsibility for creating a better world for the next generations – this should be our legacy.

Technology should not be viewed as something that is going to enslave us, nor will it save us, it is here to enable us.

Fast forward to 2019, one of the big themes standing out in Davos last week at the World Economic Forum was the need to put “the human” back in technology.

“It is definitely about putting the human back into technology-led globalization, says Navroop Sahdev, Fellow at MIT Connection Science,  “Most of the conversations I had at Davos were really tamped down compared to last year with the core theme of AI and blockchain replacing humans.”

This year at Davos, Forbes, MIT, and Tata put together a one of a kind event in bringing together the world’s foremost leaders from business, government, academia, media, and civil society, to deepen their relationships and work more collaboratively towards improving the state of our world. The theme? “Blockchain + AI + Human = Magic”.

“2019 is the year of moving past the hype of emerging tech and building out these technologies,” adds Sahdev, “Realistically, this involves the critical role of humans in shaping emerging tech to improve the state of humanity. Personally, it was reassuring to see the emphasis on ethics, investing in the future workforce and governance for blockchain. While WEF is often considered a talking shop, I found the conversations this year useful in shaping what the year holds for us in technological developments and the future of the global economy.”

Navroop and I met at the UN during General Assembly Week in September 2018 for the Sustainable Development Goals (SDG) Frontier Finance Forum organized by the 5th Element Group, a group focused on impact investing, frontier technology and humanity, with an outstanding global brain trust network.

“If technology is an enabler, then we need to aggressively deploy it to address the biggest issues concerning humanity, with an emphasis on human agency,” says Sahdev, “The UN SDGs or Global Goals are a universal call to action to end poverty, protect the planet and ensure that all people enjoy peace and prosperity, that’s what we need to achieve with our human and technological superpowers.”

The UN estimates that it will take $5-7 trillion annually to fund the SDGs to reach the 2030 targets of the 17 SDGs. The estimate currently includes a $2.5 trillion gap per year to finance basic infrastructure in roads, rail and ports, power stations, water and sanitation, food security, agriculture and rural development, climate change mitigation and adaptation, health, and education.

It is humanity and technology working together that will best solve these problems to meet the SDG objectives. In order to attract the private investment capital to achieve this, we are going to have to better learn how to make acceptable risk-adjusted returns at the same time as eliminating hunger and poverty, creating employment diversity at decent wages, and cleaning up the planet.

We can no longer reward behaviors and outcomes that put humanity, communities, and the planet in existential jeopardy. There’s no point in arguing about a few percentage points better return on capital when half of the world is underwater.

The quicker industry puts this mission into practice and works with policymakers and government, the quicker we will start seeing greater confidence and hope in the future prosperity of humanity. Technology, after all, is for humans. Not the other way round.