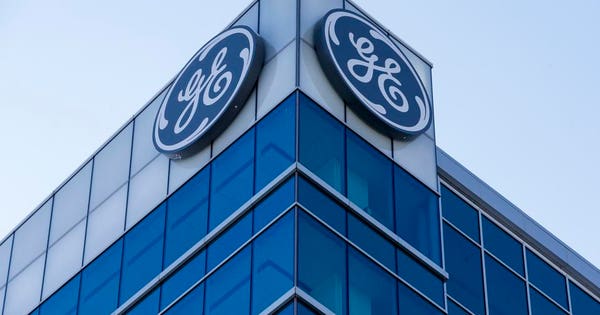 GE stock is up more than 50% in the last 2 months. Copyright 2018 The Associated Press. All rights reserved.

General Electric (GE) is up more than 50% since hitting a low of $7.03 in mid-December. Since this was not a very likely scenario, GE’s pensioners, many of whom have sizeable stockholdings, now have to decide whether to take advantage of their good fortune and take some chips off the table.

Since I began writing about GE in April 2018 (when the stock was at $14), I have heard from hundreds of retirees for whom GE stock accounts for well over 5% of their investments and who used to rely on GE’s dividend for a substantial portion of their retirement income.

In October, when Larry Culp became CEO, the stock was at $13. In December, after Culp dramatically cut the dividend from 12 cents to one cent per share per quarter, the stock hit its low just above $7.

Many pensioners who until then had relied on the dividend to supplement their retirement realized that they could not replace the lost dividends because interest rates and the value of their GE stock were so low.

Now that GE stock is approaching $11, and interest rates have risen, its time for GE’s pensioners to re-evaluate whether holding onto all of their GE stock is their best option. As you review your options, I hope you will consider these three points.

The current situation was not the most likely

In mid-December, what were the odds that GE would be up more than 50% just two months later? I would have given very low odds.

That GE stock has done so well, shows you how sometimes you can win even if the odds are not in your favor. But, I wouldn’t want to bet my retirement money on it happening again.

If you don’t sell any of your GE stock, it should be a conscious decision, not one that gets made by default.

GE is not out of the woods

In my view, selling GE’s Biopharma business for $21 billion is a better deal for GE than taking the entire healthcare business public.

GE’s healthcare business generates $20 billion in revenue of which the Biopharma business accounts for just over $3 billion.

As a public company, the healthcare business would have had an enterprise value (meaning including debt) of between $65 to $70 billion. If GE offered 20% of the stock to the public, it might have raised around $13.5 billion.

I think selling 100% of just the Biopharma business for $21 billion is better for GE because the company keeps 85% of the healthcare business and gets more cash.

However, if all of the proceeds from the sale go to paying down debt (a worthy goal), it leaves no resources for the company to fix its remaining businesses.

John Flannery, who preceded Culp as CEO, gave a couple of investor day presentations in which the word “customer” was not mentioned. I said then that any credible recovery plan needs to specify which customers GE will serve better and how.

Between paying down their debt, and serving their customers better, the latter is the more difficult challenge.

Paying down debt is a good start and perhaps worthy of a 50% bump for the stock price. But to justify GE as a 5% position in a retiree’s portfolio I would like to hear their plan to serve customers better. Furthermore, I want to hear a plan that would rank among the top 20 of all companies, not just a plausible one. I have not heard this yet.

Larry Culp is earning my trust

Since fund managers never know the details of a company as well as the company’s CEO, I make it a point to ask myself whether I trust the CEOs of the companies in which we invest.

Because Culp was the CEO Danaher between 2001 and 2014, one can imagine all kinds of conflicts of interest that could have emerged in negotiating Danaher’s purchase of the Biopharma business. Since Culp was Danaher’s CEO for 13 years, he must have acquired a sizable block of Danaher stock over the years. One can reasonably ask whether his GE shares are sufficient to ensure Culp bargains in GE’s best interests when it conflicts with Danaher’s.

Because I judge the Biopharma deal to be better than the previous CEO’s plan to take the entire healthcare business public, I conclude that Culp did a good job for GE and thus has earned some trust.

Bottom Line: I think GE’s new CEO is off to a good start, paying down debt and earning shareholder’s trust. However, I’d like to hear more about his plans to fix GE’s remaining businesses before I could recommend putting more than 5% of anyone’s portfolio in GE stock.

Retiree’s who have more than 5% of their investments in GE stock should make a conscious decision about how much GE stock to hold going forward. Now that GE has run up 50%, you have better options now than you had before.

The Best Markets For Real Estate Investment During The Coronavirus
The Hidden Dangers Of Passive Investing
Cramer: ‘I get worried’ that without more coronavirus stimulus stock market could ‘sputter out’
Heroic Leadership Is The Key Ingredient For Our Infrastructure Revival
Here’s Some Positive Housing Market News