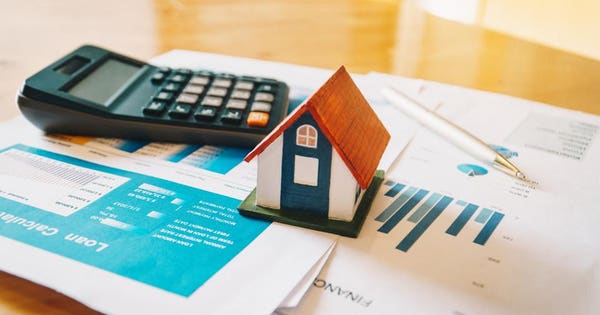 According to the National Association of Realtors, millennials have been leading all other in home purchases for five years. And yet, if you asked an assortment of millennials about that, you might get a surprised look, given how many are busy trying to pay off college loans, keep up with stiff rents, and figure out how to get ahead when wages grow so slowly in comparison to the cost of living.

A new study from Legal & General, a multinational financial services company based in London, helps crystallize how a big block of millennials and those of other generations have managed to purchase a house when the median sales price as of the third quarter of 2018 was $315,600. Buyers get extra help from the Bank of Mom and Dad.

According to the study, 1.2 million homes sold in the U.S. in 2018 at a combined value of $317 billion. And one in five of the buyers received gifts or interest-free loans—or, let’s be frank, loans that turn into gifts—from parents. In fact, the study estimates that if the Bank of Mom and Dad were really a business, it would be the seventh largest mortgage lender. And all without points.

The average amount that the 20% of buyers received from the BoMaD (better add grandparents as well) was $39,000. The top end is quite a bit higher. Last fall in a piece I did on home purchases, Los Angeles real estate agent Chris Kito of Coldwell Banker told me that many of the properties he handles were going for $1.2 million to $1.3 million. “Many of the deals are all cash,” he said. “You have a lot of parents or grandparents giving the down payment or the whole amount.”

Clearly most of the customers at BoMaD aren’t getting million-dollar handouts. But especially for younger buyers, it’s an important channel of capital to secure the homestead. Here’s a selection from the report:

But we can celebrate that generosity while worrying about the need for it. For many, perhaps most, young adults, buying a home without help is increasingly unaffordable. More than half (51 percent) of prospective owners under the age of 35 now expect to have help to buy from family or friends. Of those who have already bought, a similar proportion say they would have had to delay buying for at least three years without it.

This becomes a strain all around. If younger people don’t have parents who can give them a hand, then they may not get the necessary down payment to keep the monthly mortgage at a reasonable level.

BoMaD is also big in the business of helping their offspring to pay down college loans, which also has an impact on home ownership, as 51% of those who graduate without student debt own a home, compared to 39% of those who do have student loans to pay off.

If the buyers or students do have family that will help, it can leave the parents in a strained financial circumstance, with 54% dipping into their cash savings and others doing such things as taking money out of an IRA or 401(k), downsizing their own homes to free capital, or taking out a loan themselves to cover the costs.

The upshot is that income and wealth inequality play havoc with these statistics. Most Americans gain wealth through a home purchase. If you don’t buy, you’re behind as you help a landlord make a profit rather than build equity of your own. Because such a big part of home purchases is a parental loan, the ability to economically advance depends on the capability of a family to pass along some of its own wealth to help the newer generation jump start their own financial future. The pattern continues as more potential wealth is pulled away, one generation after the next.

It’s another gulf that adds to the relentless fiscal pressures of those on the bottom exactly where the vast U.S. economic machine want them.

Amazon Asks Investors To Stake $1 Million For $12,000 Return
In Lockdown Era, Kitchens Grow In Import, Spur Interest In Imports
The Dow will fall back to coronavirus crash level below 19,000 before new high: CFO survey
Lessons From 2008 For Lenders And Homeowners To Apply Today
SpaceX’s Crew Dragon capsule carrying NASA astronauts docks with the International Space Station