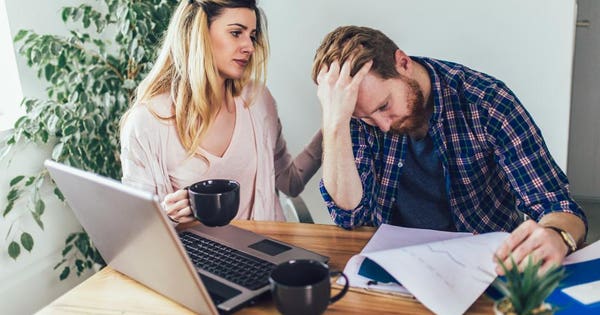 Regulars readers of my articles will know that I have repeatedly said that the popular narrative, that Defined Contribution/401(k) plans are a “failed experiment” that’s the result of employers failing in their responsibility to provide Defined Benefit retirement plans, misses the point that the system in which individual employers provided guaranteed retirement benefits was not sustainable in the first place.  But it’s an ongoing debate that tends to take on moral dimensions:  who bears responsibility for the well-being of those of retirement age — employers?  The government?  Some nebulously-understood sense of “society at large”?  Or the workers themselves?

Sure, we have a general consensus that the government has a responsibility to meet the needs of those unable to provide for themselves, and we long ago extended this to all people over an arbitrary age cut-off rather than requiring infirmity or job loss in each individual case.  (Pet peeve:  can we please agree on a better term for people of traditional retirement age than “senior citizens,” which isn’t necessarily even accurate as we’re not talking about whether they have U.S. citizenship?)

But if I, as an admittedly middle-aged woman, want to cease working at some point and continue to enjoy a comfortable middle-class standard of living, is it my responsibility to save for this eventuality?  Is it patently impossible to do so because no ordinary worker can be expected to have the necessary savings discipline or knowledge, requiring the government step in with mandatory savings and spending/wealth redistribution programs?  Would it be a reasonable undertaking under ordinary circumstances but the nature of our economy prevents it, trapping workers in a paycheck-to-paycheck life, and requiring a partial or thorough restructuring?  To the extent that Americans are failing to save that the levels required to fund a standard of living similar to that of their working lives, or even enabling them to retire and stay of poverty, it’s all too easy to play the blame game, and, quite frankly, it really misses the point.

A trio of articles crossed my path this past weekend which again highlight these issues.

First, in the Washington Post‘s April 23 edition, “More states are forcing students to study personal finance. It’s a waste of time.”  The author, Timothy Ogden, managing director of the research center Financial Access Initiative, cites multiple studies analyzing financial education programs which he believes demonstrate conclusively that these classes don’t work.  I’m skeptical of his claim — understanding personal finance topics such as how bank accounts, investments, and credit cards work  is, after all, a life skill which, like “home economics” more broadly, students may not be learning at their parents’ knees.  But here’s the broader claim he makes:

The reason most Americans’ finances are in terrible shape is not a failure to budget, not because they don’t understand interest rates and most definitely not because they buy too many lattes (as the personal-finance writer Helaine Olen recently laid out in The Washington Post). No, Americans’ finances are in terrible shape because the cost of higher education, health insurance, child care and rent have all increased far faster than paychecks. No amount of financial literacy is going to close budget gaps like the one laid out by Rep. Katie Porter (D-Calif.) in her grilling this month of Jamie Dimon, CEO of JPMorgan Chase. Porter explained how a full-time Chase bank teller in Irvine, Calif., making $16.50 an hour, ended each month with a $500 deficit, after paying for child care, a bare-bones food budget and a one-bedroom apartment.

Definitely don’t go into debt for a trip. Or, take what you have saved for your vacation and use it to chip away at your debt, build an emergency fund or invest for your retirement. You deserve some rest and relaxation. But don’t sacrifice long-term financial security for a vacation you can’t afford.

While she didn’t object to time off from work and spent with family, she didn’t hesitate to chastise people who carry credit card balances and, rather than paying off that debt, “save up” cash to fund a family vacation.  She bluntly says,

I’m sorry to tell you that you don’t deserve a summer vacation if you’re a financial hot mess.

And, predictably, many of the Post commenters reject her advice and assert that debt is unavoidable but the memories made when travelling are such an important part of life that they should not be sacrificed.

Many parents are overextending themselves to give their kids these opportunities. Sixty-two percent of those in the CompareCards.com survey revealed they have been in debt for their kids’ activities, and one in three are still paying off a related debt. What’s more, almost one in 10 (9%) of those in debt owe more than $5,000, and 27% owe more than $3,000. “They do hope that perhaps those efforts in terms of time and money may be rewarded with maybe a scholarship, or maybe a professional career,” said Schulz.

To take Ogden’s claim first, it simply isn’t credible to claim that Americans are failing to save and are living paycheck-to-paycheck at a greater rate than in the past because four specific categories of spending are growing greater than wages.  The CPI calculation is based on the concept of a “basket of goods” which is meant to represent comprehensive American household spending.  For all that wage growth is not what it once was, it has nonetheless kept pace with inflation.

But what has outpaced inflation are norms and expectations for middle-class standards of living.  Yes, my father, should you tell him that organized sports are inferior to the Good Old Days when kids organized ball games themselves, will tell you that’s all just romanticized and his memory (of the ’40s and ’50s) is that before the adults stepped in, the bullies ran the games.   But the spending on kids’ extracurriculars, in the hopes of college scholarships, is clearly out-of-whack.

Similarly, Harper’s magazine claims that 70% of Americans have visited Disneyland or Disney World.  There is no source cited, so this statistic could be nothing but bunk, but it surely points to an expectation among many middle-class families that their children will not have a full childhood without that experience.

Ironically, for all that Senator — and presidential candidate — Elizabeth Warren has attempted to boost her support with a flashy new proposal for college debt forgiveness and free (public college) tuition in the future, it was Warren herself who observed that greater household income of two-earner families has not been the unmitigated boon it appeared to have been and has had unanticipated effects, in her 2004 book The Two-Income Trap (briefly summarized at Vox.com).  Warren focuses on the “bidding-up” of housing in areas which are deemed to be “good school districts” (both for the quality of the children’s education and because of the conventional wisdom that only in such districts will housing appreciate over time) and proposes that, as a partial solution, vouchers be provided so as to disconnect residency from school assignment.  Higher education, too, has seen this “bidding up” as parents have been advised, for years and years, to send their children to the most prestigious school to which they can gain admission, regardless of cost.  Childcare costs is a more complex topic, as many families struggle to pay for care of any sort, but here, too, norms have changed and many families now believe the marketing pitches of the upscale sort of childcare providers that the extra cost is a small price to pay to give one’s child the best start in life.

And — while recognizing that some families are so much at the edge that none of this matters — there are other ways in which families are, or at least feel “trapped” because the means at their disposal of reducing their spending become “counter-cultural” since they don’t keep pace with emerging middle-class norms, that families need single-family homes with separate bedrooms for each kid, children need extra-curriculars, young adults need traditional four-year colleges rather than a start at a community college.  Heck, I suspect I am not alone in having had, as a “starter home,” what was once the “forever home” of its prior owner.

And finally, what of the bank teller who can’t afford basic living expenses?  According to Pew Research, in 1960, 9% of children lived in a single-parent home.  In 1980, that number rose to 19%, and in 2013, to 34%.  Without saying a single word about the causes of this change, or passing judgment on the morality of this state of affairs, it’s hard to dispute the math that says that members of a society with higher rates of single-parent households will, on average, have a harder time making ends meet.

So to get back to the original question:  is failure to save a result of personal failings or problems of the society and economy?  Of course, the answer is both.

Get Paid to Read Books – 9 Ways That Actually Work
A zoo experience with a $1,000 price tag is getting rave reviews
Valentine’s weekend free food, deals: Save at Starbucks, Olive Garden, Papa John’s, Dunkin’ and more
Facebook analyst explains why he downgraded the stock, preceding its slide
Pier 1 Imports bankruptcy: Chain files for Chapter 11 as it continues closure of up to 450 stores