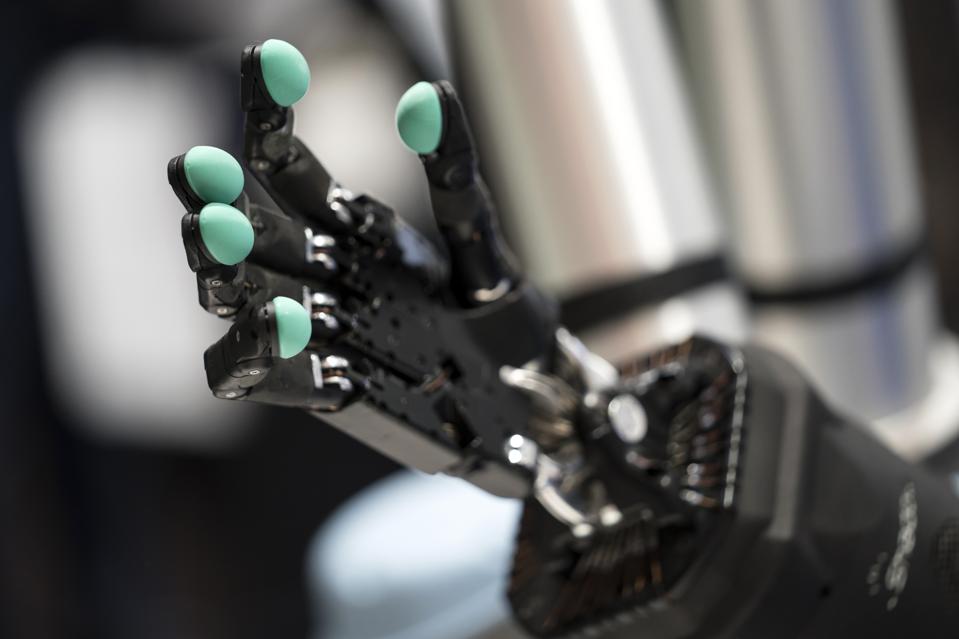 For all the high-technology available and widely adopted in the business world, many traditional industries have not been significantly impacted by it. Sure, developments in 3D printing, big data, cloud computing have created new industries unto themselves. Yet many classic industries, such as healthcare and insurance, have not tapped into the true potential of technologies like artificial intelligence to change the way they do things.

That being said, there are always innovators and pathfinders that pursue revolutionary change in their industry. Recently, industries such as logistics, healthcare and insurance to name a few, have seen the emergence of real game-changing companies. Check out five of the top industry changers to look out for in 2020.

There’s a critical aspect of the auto industry that is too often overlooked: car shipping and delivery. Every dealership, big or small, depends on auto shipping. People who move cross-country need to transport their vehicles. And, carriers need to connect with them in order to make it all work. With the likes of Carvana, and Uber and Lyft significantly impacting the auto industry, auto-delivery networks are a crucial area of opportunity for enterprising companies.

Montway is just such a company, providing auto transport solutions for both individuals and businesses. Major car companies like General Motors, Tesla, Nissan, and Volkswagen and Audi of America utilize Montway, as do major moving companies such as Atlas, Allied, North American, Mayflower, and United Van Lines — in addition to Graebel Relocation Solutions. Move.org even named Montway one of 2019’s Best Car Shipping Companies.

Now, the company is revolutionizing their B2B wing for any type of auto business. After repurposing their technology and bring in some key leaders from the auto industry, Montway’s expertise will now be available to every car dealership, manufacturer, moving/relocation and other types of auto companies across the country.

Getting instant quotes and tracking orders, for example, will let car dealers execute home delivery and sell their cars to customers online anywhere in the country. As a concrete leader of the auto transport management industry, it will be interesting to see the impact Montway can have by expanding their offerings.

It’s a truism that artificial intelligence has been utterly changing our world, impacting all sorts of industries and sectors. But one area that looks especially conducive for AI to make a deep impact is healthcare. There’s a superabundance of information nowadays, with the healthcare field boasting more medical data per person than ever. With so much data, and only so many people to analyze and apply it practically, AI is poised to play a big role in making this mass of information more useful.

A leader in this field is Imagen, a New York-based startup founded in 2016, which builds state-of-the-art AI software for the medical field. According to AngelList, the company’s short term goal is to reduce diagnostic errors in radiology and improve patient outcomes. In the long term, Imagen plans to transform early disease identification and management using their interdisciplinary research in medicine and AI. Imagen has raised $60 million in total funding, according to Crunchbase.

Imagen has already made real progress in the field of AI in medicine. Imagen developed its OsteoDetect software, whose algorithm scans X-ray images for a common type of wrist bone fracture. The software reads images of adult wrists in different positions, and then identifies regions with potential fracture, according to MobiHealthNews. Imagen’s software was approved by the FDA in 2018.

The feelings insurance evokes in the lay person can run the gamut from utter boredom to overwhelming intimidation. Filing an insurance claim can take forever, with tons of paperwork, not to mention time it takes for processing and actually getting your claim paid. Whatever happened to the insurance man of the 1950s, who, more often than not, acted as an friendly advisor and confidante to the American family?

Enter Lemonade. Founded in 2015, Lemonade is “a full stack insurance company powered by AI and behavioral economics, and driven by social good,” according to Crunchbase. The young insurance firm has raised $480 million in total funding, and intends to reinvent the insurance process by making it easier, friendlier and faster.

The origins of the company lay with Daniel Schreiber, CEO and co-founder of Lemonade, who spotted an unusual opportunity in the insurance space. According to Inc.com, Schreiber noticed most insurance companies are not usually described in endearing or delightful terms. He wants to change all this and create a brand-new insurance experience.

Lemonade transforms the traditional insurance model by paying out claims almost instantly and, on a more fundamental level, treating you, ”premiums you pay as if it’s your money, not ours,” according to their website. The key point is that Lemonade doesn’t benefit as a company from delaying or denying your claims, which traditional insurance companies often do. Rather, they get paid through the fixed fee rate you pay for their service. And, when you sign up with Lemonade, you get to choose a non-profit that receives a portion of any unclaimed money you’ve left by the end of year.

Cainiao is a logistics company was launched by Alibaba Group in conjunction with eight other companies in May 2013. Originally named China Smart Logistics Network, Cainiao provides logistics services to Alibaba Group, operating warehouses, express delivery stations as well as a logistics information platform which provides real-time access to information for both buyers and sellers. Cainiao, however, is proving to be an ambitious, impactful company beyond being merely a logistical arm of Alibaba.

Cainiao linked up with China Life Insurance, mainland China’s largest insurer, to create a 8.5 billion yuan, or $1.24 billion, fund in order to finance the expansion of its nationwide network of “smart” handling and storage facilities, according to South China Morning Post.

In 2019, the company took another huge step, announcing plans for a massive push for the digitalization of China’s logistics and shipping industry. According to Lloyd’s Loading List, Cainiao will introduce a slew of advanced technologies and services, namely a newly developed Internet of Things (IoT) platform across the country that will allow partners and developers to share information and establish standard protocols to help logistics firms deploy IoT solutions at scale. The three-year plan intends to generate $7.25 billion in value for the sector, and seeks to connect 100 million smart devices — such as its connected devices, warehouse and delivery robots, and algorithm-backed management systems — to its IoT technologies within three years.

Over the last few years, new fintech companies seem to pop up every other day. While there’s definitely some bandwagon fintech companies of questionable value out there, Flywire is not one of them. This Boston-based fintech company has found an important if overlooked space that is in need of technological overhaul. It helps universities, hospitals and businesses receive payment in foreign currencies, an issue that is increasingly relevant in a world of accelerating globalization.

Flywire was born from a common problem that many international college students deal with; paying college tuition in the foreign country they’re studying in. If a foreign student is attending an American university, then they likely have to pay tuition in dollars. This usually requires a bank transfer wire, which comes with cumbersome foreign-exchange-rate fees, and can sometimes not go through for several days.

To solve this, Flywire creates software that connects banks to universities. Equipped with this technology, foreign students can pay in their native currency as well as through payment apps that they are already comfortably with using. Plus, Flywire is affordable and quick, offering fees of 2% to 3%, which is around half of what banks charge, and settles transactions in two days, according to Forbes. It already has 900 higher education customers, including seven of the eight Ivy League colleges, and has partnered with UnionPay International, a preeminent financial institution and bank card provider in mainland China, according to GlobeNewswire.

Wall Street is still in for a ‘rough ride,’ Jim Cramer says
JCPenney, Tuesday Morning, Pier 1 going-out-of-business liquidation sales different because of COVID-19
Why are there international pleas to eat more cheese? It melts the brain, so to speak
Morgan Stanley is planning to bring traders back to New York headquarters next month, sources say
78% of Americans have saved roughly $245 during the pandemic by not going out to eat