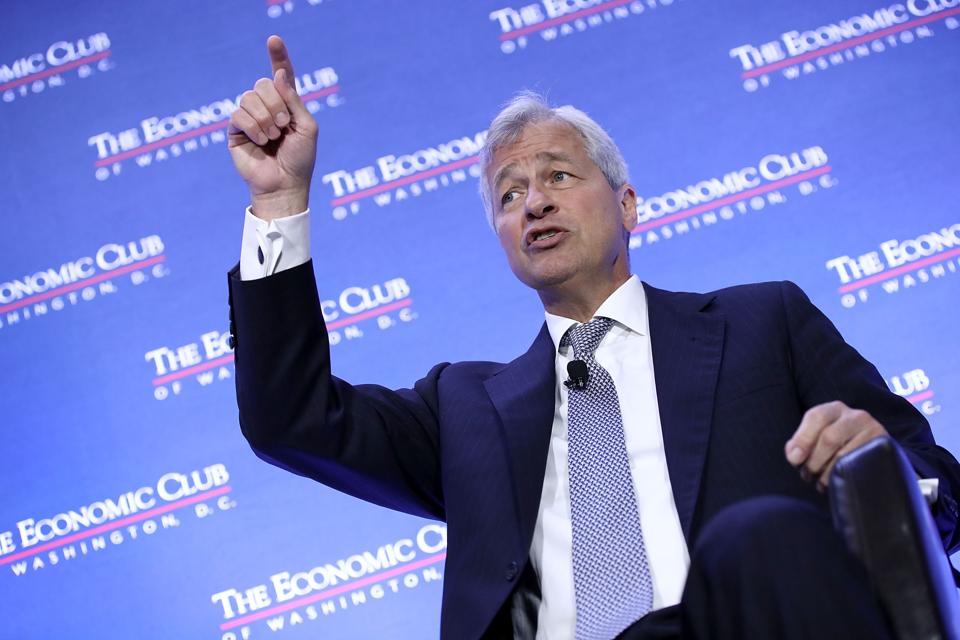 Topline: In the latest sign that Wall Street is going after Elizabeth Warren, who is perceived as a threat to big business, JPMorgan Chase CEO Jamie Dimon became the latest billionaire to complain about the senator’s attacks on the ultrarich.

Crucial quote: “I think we have to look at [how] America was founded on free enterprise; freedom and free enterprise are interchangeable,” Dimon told CNBC.

Key background: Wall Street is worried about the possibility of a Warren presidency, with several billionaires predicting a significant stock market sell-off should the Massachusetts Senator gain the presidency in 2020. The now very-public feud between Warren and Cooperman that began last week exemplifies the backlash that has appeared since the 2020 hopeful announced her wealth tax, which she says could finance her ambitious “Medicare For All” plan. Cooperman has told Politico that Warren’s rhetoric against billionaires is “sh*tting” on the “f*cking American dream,” while Warren responded by saying Cooperman should “pitch in a bit more so everyone else has a chance at the American dream.”

Get ready for higher prices at the grocery store. It’s COVID-19’s fault.
Memorial Day hot dogs and hamburgers could cost more this year
More than 1 in 4 Americans are raiding their retirement accounts after a coronavirus-related job loss
Small hedge fund tries for change at a real estate trust, where activists often find a tough fight
These restrictions on coronavirus loans may surprise business owners