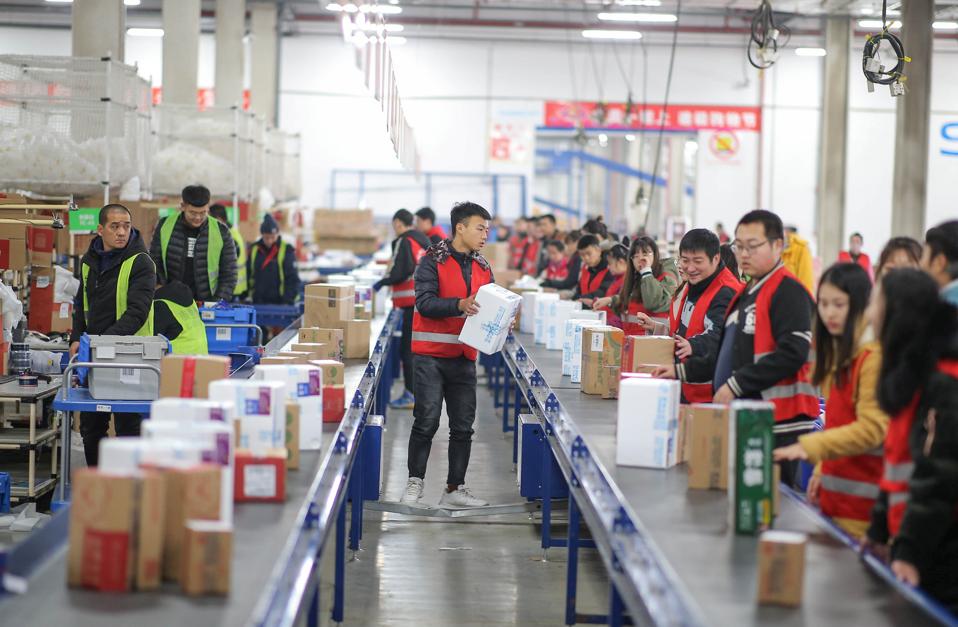 Topline: China’s—and the world’s—biggest online shopping event, known as Singles’ Day, takes place on November 11, with Alibaba and a record number of other Chinese e-commerce companies offering massive discounts over the 24-hour period.

Tangent: 2019 will be Alibaba’s first year organizing 11/11 without founder Jack Ma at the helm, after China’s richest man stepped down from his position as chairman in September.

Crucial quote: “Think of 11/11 as the SuperBowl for brands,” Jiang Fan, president of Alibaba’s Taobao and Tmall businesses, told CNBC. “It’s an opportunity to pull out all the stops to wow Chinese consumers.”

What to watch for: Almost 80% of Chinese shoppers said that they plan to boycott American goods during Singles’ Day, according to a recent survey from AlixPartners, which predicts the U.S.-China trade war taking a toll on participating U.S. brands this year.

Big numbers: In 2018, Black Friday sales amounted to $6.2 billion, Cyber Monday sales hit $7.9 billion and shoppers spent roughly $4.2 billion on Amazon Prime Day—but even combined,  none of those come close to the $30 billion in gross merchandise value during Alibaba’s Singles’ Day, according to Adobe Analytics.

Chief critic: Gross merchandise volume will grow at a slower rate this year, although sales will still add up to a large figure, predicts Declean Kearney, managing director at market research firm Edge by Ascential. He also forecasts a rise in the number of micro-influencers, who use live streaming and other social media during the event.

Inside tidying expert Marie Kondo’s work-from-home routine
Kylie Jenner’s former Calabasas, California home is on the market for $3.6 million – take a look inside
Tesla Model 3 Huge News Just Released! Game Over!
Why a Subscription Revenue Model Might Be the Answer for Your Business
Everything you need to know about SpaceX’s historic Demo-2 launch, its first with NASA astronauts