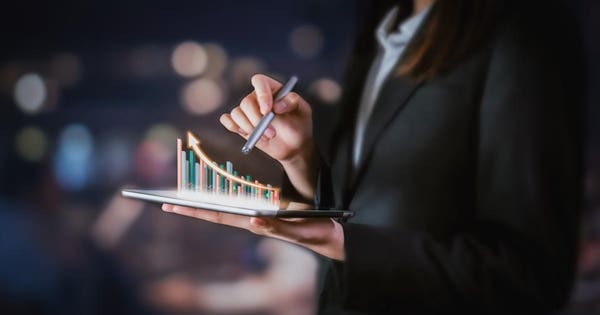 Individual investor optimism about the short-term direction of the stock market is above average for the first time since July according to the latest AAII Sentiment Survey. Additionally, pessimism fell to a six-month low.

Bullish sentiment, expectations that stock prices will rise over the next six months, jumped 6.3 percentage points to 40.3%. Optimism was last higher on May 8, 2019 (43.1%). Bullish sentiment is above its historical average of 38.0% for just the ninth time this year.

Neutral sentiment, expectations that stock prices will stay essentially unchanged over the next six months, pulled back by 1.8 percentage points to 35.8%. Even with the decline, neutral sentiment is above its historical average of 31.5% for the 24th time in 25 weeks.

Bearish sentiment, expectations that stock prices will fall over the next six months, fell 4.5 percentage points to 23.9%. Pessimism was last lower on May 8, 2019 (23.2%). This is the third consecutive week bearish sentiment is below its historical average of 30.5%.

This week’s rise in optimism ends a 13-consecutive-week streak of below-average readings. At current levels, all three indicators are within their historical averages.

The shift in sentiment is occurring as the major indexes are setting record highs. Many individual investors continue to monitor trade negotiations, particularly between the U.S. and China. Also having an influence on sentiment are Washington politics, geopolitics, valuations, corporate earnings, economic growth, monetary policy and interest rates.

This week’s special question asked AAII members what they thought about the Federal Open Market Committee’s decision to lower rates for the third time this year. About 45% of respondents view the cut as a bad decision. While the rationale of this group varies, a lack of “ammunition” in a future economic downturn is named most frequently. On the other hand, 26% of respondents say that the latest rate cut was the right decision given the current global economy. Outside of these groups, 15% of respondents say they believe the Fed’s decision was politically motivated and 14% state that they are unsure how the decision will impact the economy going forward.

Here is a sampling of the responses:

The AAII Sentiment Survey has been conducted weekly since July 1987. The survey and its results are available online.

If you want to become an effective manager of your own assets and achieve your financial goals, consider a risk-free 30-day Trial AAII Membership.

Bill Gates: 6 movies and TV shows to watch ‘when you need a break’
14% of Americans with retirement savings, both working and unemployed, have already tapped into those funds
Rebuilding America: ‘Life-changing event’ of COVID-19 could alter how we work, spend and retire
Don’t qualify for unemployment?
Elon Musk on his success: ‘America is the land of opportunity – there is no other country where I could have done this’