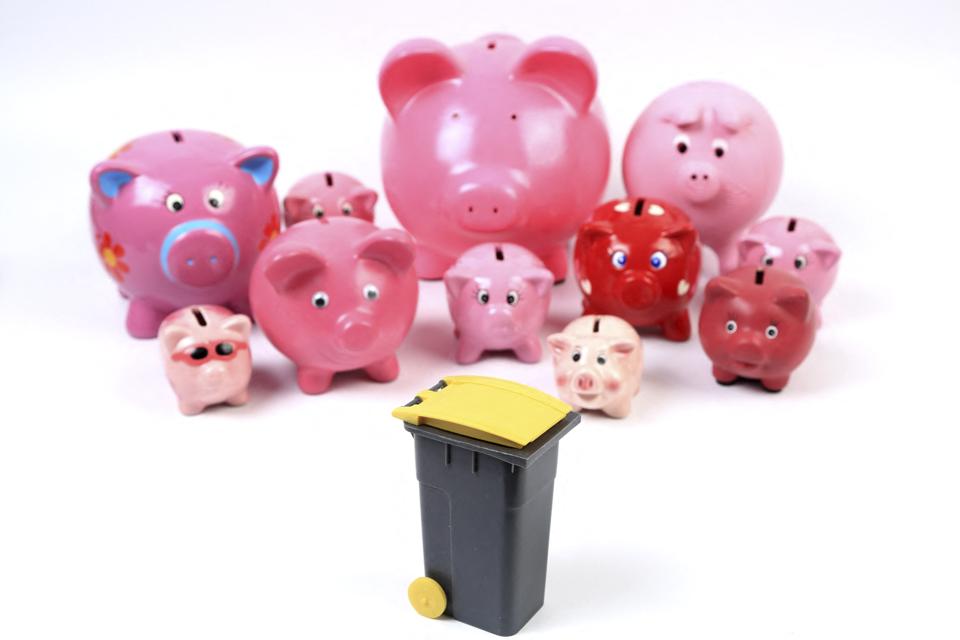 Are interest rates heading to zero in the US? Or, dare I say, negative range?

I don’t think so. But if they do, real estate investment trusts (REITs) are going to absolutely skyrocket. This year-to-date has been a sneak preview. Most REITs have seen their valuations expand with the market rally, but we haven’t missed out on all of them.

In a minute, we’ll discuss a trio of dirt-cheap REITs with attractive yields between 5% and 6%. But first, let me show you just how overstretched this market has become.

First, let’s look at the “Shiller PE.” This is the “second-level” price-to-earnings ratio, created by legendary economist Robert Shiller, that factors in average inflation-adjusted earnings over the past decade. It has only been this expensive twice in American history: The 1999-2000 tech bubble … and right before the stock market collapsed in October 1929.

The market’s valuation doesn’t look as dire if you just look at trailing 12-month earnings, but even then, the S&P 500 has only traded this richly a handful of times previously (and in all those cases, market drops weren’t far behind).

It’s not just earnings either. Stocks are exorbitantly priced based on sales:;

Investors are Paying Up for a Dollar in Sales

Real estate investment trusts (REITs) are no exception. The Real Estate Select Sector SPDR (XLRE) has rocketed 25% higher year-to-date, and now yields less than 3%. The average price-to-FFO ratio in the space has jumped from 15.3 at the end of 2018 to 16.4 as I write this.

I don’t know about you, but I prefer my REITs with big dividends at bargain prices!

The REIT industry does boast several names that are trading for far less than the average, but the question is: Are they cheap for a reason?

Let’s explore three REITs yielding 5% to 6% that are trading at least 25% cheaper than their peers, and see if Wall Street is missing out on any hidden gems.

Many of the cheapest REITs on the market right now are hospitality-focused property owners. While many of them have joined the sector’s rally in 2019, they’ve been among the most notable laggards of the past 15-18 months.

Summit Hotel Properties (INN) is no exception. The firm boasts a 70-hotel, roughly 11,000-room portfolio that spans 24 states across the country. This is a truly diversified portfolio, too, with no single city contributing more than 9% to portfolio EBITDA. (Atlanta, San Francisco and New Orleans are its top three markets, combining to make up about 23% of EBITDA.)

Of particular interest, however, is Summit’s 51% stake in a joint venture with GIC—Singapore’s sovereign wealth fund—that it entered earlier this year. The JV’s purpose is to acquire U.S. hotels; Summit announced in its third-quarter report that it completed a four-hotel acquisition, bringing the new JV’s portfolio to five properties, worth about $300 million, in high-growth markets.

This focus on growth is great, as is its price: a dirt-cheap 9.7 times adjusted FFO. But it comes at a price: a suddenly lethargic dividend. INN, after multiple dividend increases across 2016 and 2017, has kept its payout fixed at 18 cents per share for eight consecutive quarters.

It’s possible that Summit re-prioritizes the dividend once the JV begins to yield fruit. But if you want management to place as high a priority on income as you do, look elsewhere.

Pebblebrook Hotel Trust (PEB) is another underpriced hotel REIT, though it shares little in common with Summit. Pebblebrook invests in upper-upscale, full-service hotels and resorts. While it does feature a few hotels under easily recognizable brands such as Hilton and Westin, the majority of its properties are more like The Donovan in Washington, Sir Francis Drake in San Francisco, or Boston’s Liberty Hotel, a boutique lodging in the former Charles Street Jail where you can dine at the “Clink” and enjoy libations in the jail’s drunk tank.

While Summit and similar operators are sprinting away from these types of hotels, Pebblebrook is making a name with them. In fact, the REIT spent a whopping $5.2 billion to buy LaSalle Hotel Properties, in a deal completed in December 2018, to get its mitts on more of these experiential properties.

Despite this massive undertaking, PEB shares are trading at a lean 11.4 times funds from operations. That FFO, by the way, continues to grow at a mid-single-digit rate, even though hotel operating performance came in under internal expectations thanks to the effects of Hurricane Dorian.

Pebblebrook does share one other trait with Summit: a stalled-out dividend. The payout has been locked in at 38 cents per share since 2016, and given $2.2 billion in debt (versus PEB’s market cap of just $3.6 billion), it’s unlikely Pebblebrook will have the financial means to give income investors a boost anytime soon.

This might be a good buy-in price for a potential rebound in PEB shares, as well as a solid yield on cost. But you might be stuck with this yield for a while.

Let’s step out of the hotel lobby and into the subway station.

All these places, and so many more, are the purview of outdoor advertising REIT Outfront Media (OUT). The company catches America’s eyes via a network of more than 510,000 total displays across rural, suburban and urban markets.

Yes, Outdoor’s offerings include static billboards on the highway. But as I’ve written before, this REIT has truly embraced technology. Its dynamic digital displays in places such as airports, metro trains and urban centers that can be customized depending upon location. Rather than competing with internet and mobile advertising, it sees its solutions as a way to augment them, boasting that “consumers are 48% more likely to engage with a mobile ad after being exposed to the same ad on (Outfront’s ‘out-of-home’ displays) first.”

Outfront has been growing its AFFO slowly but steadily since 2014, at a little more than 6% annually. It ran into a bit of a hiccup recently, with third-quarter numbers coming in under analysts’ expectations. But even then, its AFFO still grew at 7.2% year-over-year. Sellers may have overreacted on that one.

Regardless, OUT shares have run nearly 40% so far this year, and remain priced to buy at just 11 times AFFO. The yield is nice, too at well more than 5%.

But again, investors are being deprived of dividend growth, with the last upgrade to the payout coming in early 2017. What’s curious is, it’s not for lack of means.

Outfront is paying just 64% of its AFFO out as dividends over the past 12 months.
The REIT can afford to be a little more generous. It just isn’t.

Brett Owens is chief investment strategist for Contrarian Outlook. For more great income ideas, click here for his latest report How To Live Off $500,000 Forever: 9 Diversified Plays For 7%+ Income.

Coronavirus masks set the tone in fashion, politics and industry
Heroic Leadership Is The Key Ingredient For Our Infrastructure Revival
In Lockdown Era, Kitchens Grow In Import, Spur Interest In Imports
Tom Brady is selling his custom Cadillac Escalade for $300,000 – take a look
China Market Update: The “More Bark Than Bite” Rally