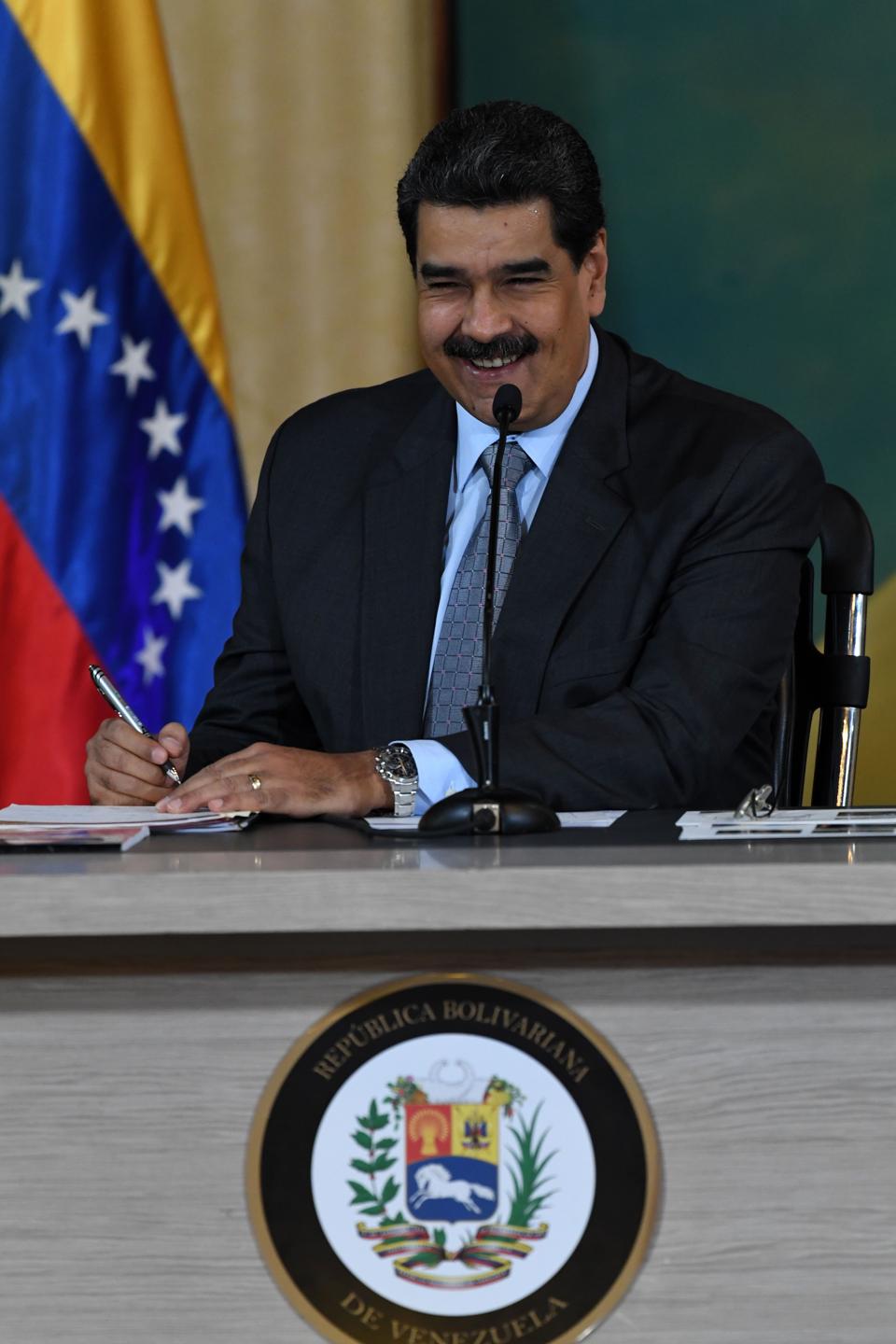 The country’s national debt is now almost double the level of the GDP. At the end of the second quarter, total borrowing hit 198.4% of GDP, up from 102.8% a year earlier, according to a recent report from the Washington D.C.-based think tank, the Institute of International Finance.

It gets worse. Those figures don’t even include what households and businesses owe. When those get added, then the total is 221% of GDP.

The data also means that Venezuela’s government is twice as indebted than is the debt-loving U.S.A. where government borrowing hit 106% of GDP at the end of last year.

At one level, Venezuela’s problem is multi-faceted.

In short, those four items are symptoms of Venezuela’s epic economic headache.

Each of the problems mentioned might have specific causes, but in the end the blame really rests with just one person: Nicolas Maduro, the country’s socialist leader. His disastrous economic policies have led to the current mess.

The first piece of stupidly was to avoid linking the country’s currency the Bolivar to the U.S. dollar. That is what many oil-rich countries in the middle east, Such as Saudi Arabia, do because it helps stabilize their economies through the periodic boom-bust energy cycle. It’s doubtful whether Venezuela would be in this mess if the country adopted the dollar as its currency.

Other policy errors would be humorous if it they weren’t inflicting massive pain on the country’s people.

For instance, one notable piece of idiocy from Maduro arrived early last year when inflation was running at around 7,895%. Maduro’s solution was to combat the declining value of money by eliminating some of the zeros from the paper Bolivar bills.

In other words, a ten thousand Bolivar note would now be worth 10 Bolivars in the new money. Such as move has never successfully curbed inflation anywhere on the globe at any time. To think it could have worked is dumb.

Another effort of Maduro’s, a little over a year ago, involved launching a new cryptocurrency, the Petro. While Bitcoin, the most famous crypto in the world, has some drawbacks, it looks like a rock-solid bet compared to the Petro.

The Petro was supposed to be a better bet than other cryptos because it would get backed by Venezuela’s oil riches. However, given that even the local Venezuelan’s weren’t interested in the Petro, the digital currency seems to have disappeared into obscurity, just like Beanie Babies (the hot collectible toy of two decades ago.)

Given Maduro’s past errors things likely won’t get better until someone with economic sense takes over.

Wall Street is still in for a ‘rough ride,’ Jim Cramer says
‘I’m working to survive, not to live.’ Essential workers face pay gaps during the pandemic
Sustainable funds are outperforming their peers during the pandemic, BNP Paribas says
More $1,200 checks? Maybe $2,000 a month? The stimulus proposals that could put more money in your wallet
When Negotiating Term Sheets, How Much Is Too Much?