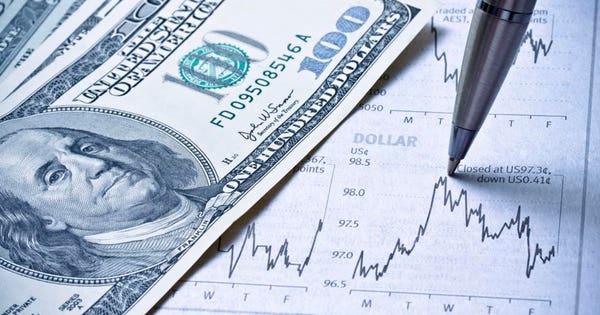 When the DJIA is up 250 points or more, and you don’t have much exposure to the stock market, you may regret not being more in stocks or stock ETFs. That’s human nature. But is it a mistake?

What we learned in our youth decades ago was that it was okay to miss the brief pops in the stock market. You can still have great long-term performance, in many cases outperforming much riskier, and more volatile, stocks.

About 38 years ago at Dohmen Capital Research, we started a sector timing approach using advanced technical analysis. We would take positions in the sectors on “buy” signals and avoid those sectors on “sell” signals. When a sector changed to a “sell,” we would not question it even if it went against the popular fundamentals. The proceeds of a sale of one sector would then be allocated to a sector that had emerged on a “buy.”

At the time, we used no-load mutual funds. The performance was exceptional. Now with ETFs it is even easier as we can get in and out of positions during the market day.

My methodology was always that at certain times, cash is not trash, but an investment. It lowers our risk exposure in choppy markets or when there is a lack of clear signals.

That brings us to the present. We wish to show the advantages of having large cash or equivalent positions, such as U.S. Treasurys of various maturities or utilities, at this time in the long-term market cycle.

The common perception is that over the past two years the broader stock market has surged upward,  with some indices making new record highs. Is that true? Actually, the index I consider most relevant is the Value Line index (VALUG) since it is not cap-weighted, unlike the popular S&P 500. The VALUG is up a mere 4% since the presidential inauguration. In fact, in December 2018, the entire “Trump bull market” had been wiped out.

Let’s see if there could have been better and safer alternatives since early 2018. Here is a chart that contains some of the ETFs I focused on in HedgeFolios.

The chart shows from the bottom up, from worst to best performance:

Note that stocks, via the VALUG, had the worst performance over the past 22 months. If we use the S&P 500 (not shown), its performance is similar to the TLT, but with much higher volatility. Remember the plunge in the last three months of 2018?

The best performance by far came from the utilities sector.

Currently, Warren Buffett is sitting on $128 billion of cash in his Berkshire Hathaway company. This shows he is being very cautious and doesn’t want to deploy the cash in this expensive market. He is a very good long-term timer, always having huge cash at the tops and the bottoms, and then is one of the few able to pick up the bargains.

Buffett is always very early in getting into cash, and more impatient investors would say that he misses opportunities that way. But he also misses the big damage of bear markets. He has patience. Most individual investors get impatient if they have a lot of cash the last six months before a top. Your emotions are your worst enemy in the markets.

Berkshire (BRKA) is down about 2% over the past 15 months. The ETF for long-term bonds, TLT, is up more than 14% during the same time (see comparison chart below).

Meanwhile, the broad stock index, VALUG, is down about 7%. We can see that not being heavily in stocks, like Berkshire, brought a smaller loss than 1,660 stocks in the VALUG. However, being totally out of stocks and in long treasuries (via the TLT) was without a doubt the most profitable over the past 15 months.

Of course, in a bull market, especially the first two-thirds or so, a heavy concentration in stocks will be well rewarded. After that, an asset allocation shift is very important. Getting cautious late in the cycle and focusing on less volatile investments pays off.

In bear markets, the average portfolio may lose 60%-80% in value. Don’t rely on earnings to support the stock market. In the 1974 bear market, earnings on the S&P 500 stocks continued to rise, quarter to quarter, during the entire bear market. But the very broad Value Line index lost 80% of its value.

If you adhere to Wall Street’s advice to “stay invested during bear markets,” you will eventually incur devastating losses. You will never be able to retrieve the loss.

You can see that it is critical to make the determination: is it early in a bull market, or closer to the end? And that is what we specialize in analyzing and determining in each of our services for serious investors and traders.

We have warned our valued clients of every important stock market decline over the past 42 years using advanced technical analysis. We attribute that to our non-conventional analysis, not putting much importance in fundamentals that most analysts focus on in a late cycle market.

There is an old stock market saying: “What everyone knows, is usually not worth knowing.”

Here’s why 2020 will be a good year to take out student loans
Bill Gates: 6 movies and TV shows to watch ‘when you need a break’
Nike takes a social stand on race relations: ‘Don’t turn your back on racism’
Wall Street is still in for a ‘rough ride,’ Jim Cramer says
Shares of Axon, a maker of non lethal weapons and cameras for police, jump amid nationwide protests