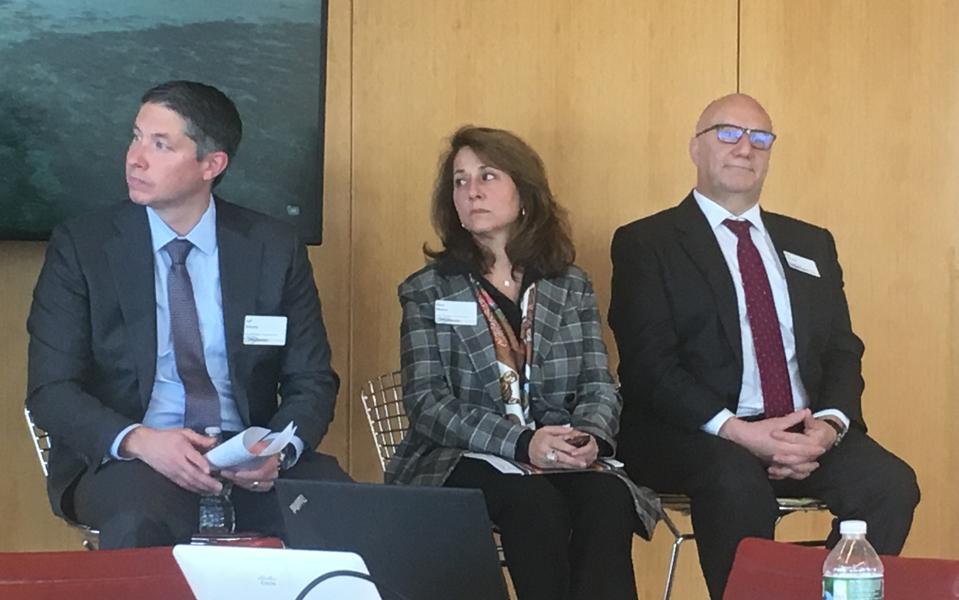 Legg Mason, a diversified global asset management firm, said the probability of a recession over the next 12 months is 50%.

According to the variables the firm looks at to determine the health of the economy, recession risk is rising, said Jeff Schulze, the investment strategist for ClearBridge Investments, at Legg Mason’s market outlook for 2020 last Monday in New York. ClearBridge is an affiliate that serves as the advisor on many Legg Mason mutual funds.

Schulze said he uses a dashboard of 12 variables that have done a very good job of foreshadowing the last seven recessions. The dashboard runs across four economic fault lines: financial, inflation, business activity and the consumer. Consumer health is the dashboard’s biggest part because it’s the biggest part of the U.S. economy.

“We’re looking to see whether or not consumer spending can continue to move forward,” said Schulze. “If you’re seeing cracks in the labor market, and if that does become apparent, our risks of a recession are going to rise materially as we enter into next year.”

Schulze said instead of looking at it from a recessionary standpoint, his team looked at it versus a market peak for each one of these instances. On average the dashboard turns yellow four months prior to a market peak and turns red three months after a market peak.

He said that the dashboard can be an excellent tool to tell if economic storm clouds are on the horizon, and whether the S&P 500 will see more volatility and downward price movement.

“The one thing I really want to hammer home is that there’s a big difference between the yellow signal and a red signal,” said the investment strategist. “Going back to the early 1960s, we’ve had eight red signals. Seven out of eight of those ended up being recessionary. So, it’s a very powerful signal.”

In three instances, 1995, 1998, and 2016, the dashboard turned yellow, but economic growth reaccelerated and went back to green. Schulze said the economy would have gone into recession in those years if the Federal Reserve hadn’t seen the weakness and provided liquidity to the markets.

With the Fed cutting interest rates three times this year, the economy has a good chance of experiencing a slowdown instead of an outright recession. Other things that bode well for a slowdown rather than a recession are three particular variables, credit spreads, retail sales, and jobless claims. So far, all three look good.

Stock Market Crash Coming June 2020?!
HAHAHAHAHAHAHAHA
‘I’m working to survive, not to live.’ Essential workers face pay gaps during the pandemic
What they are, how they work
Yearly Losses Exceed 60% For Nordstrom And Macy’s As Volume Spikes