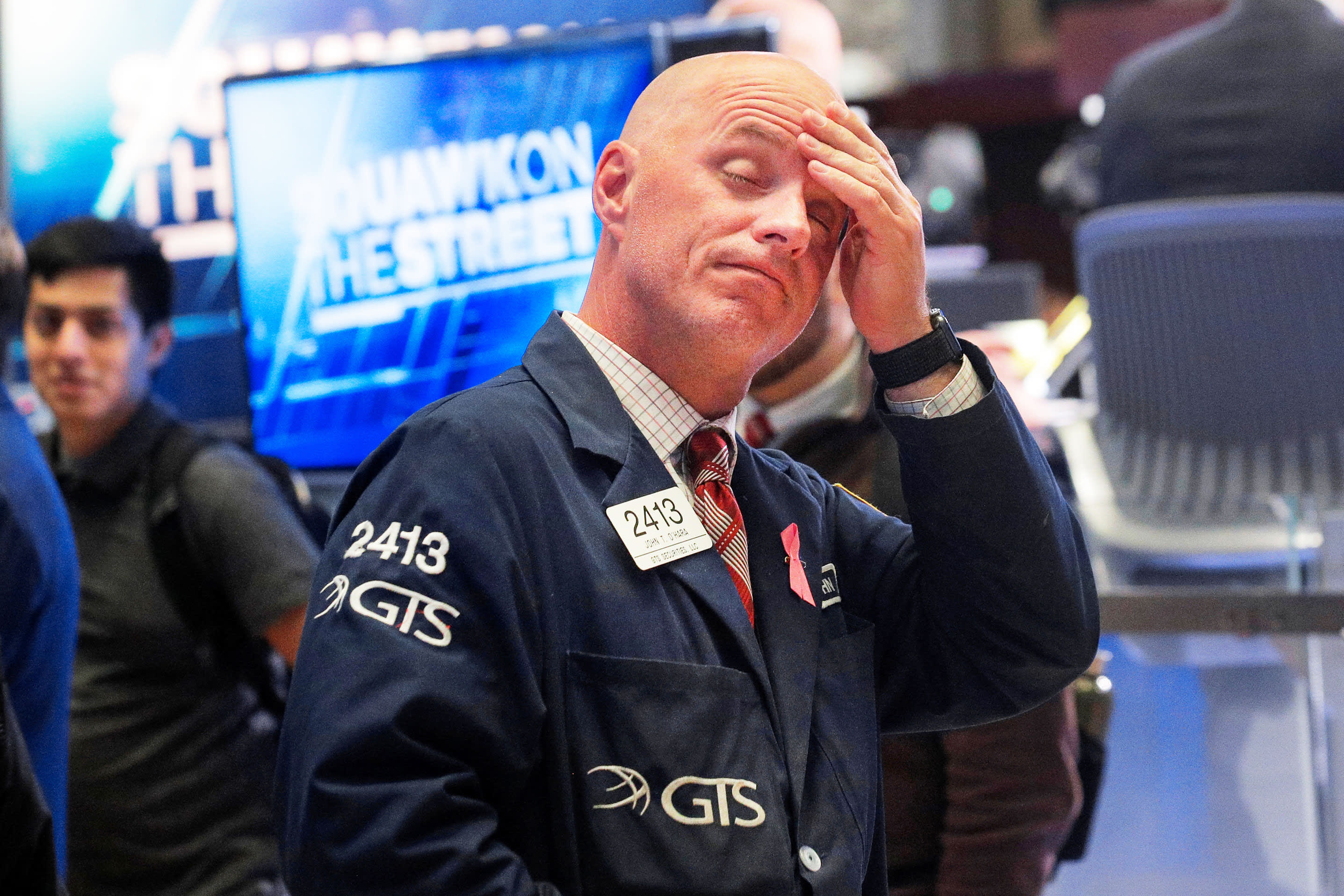 Traders on the floor of the New York Stock Exchange.

The biggest stock winners this year are leading the market decline on Monday as investors dumped momentum stocks after market sentiment turned sour.

The top 10 performers this year in the S&P 500 are all in the red on the first trading day of December. Roku, which was up five-fold this year through Friday, tanked more than 16% Monday after a downgrade from Morgan Stanley.

The S&P 500 fell from its record high on Monday after the worse-than-expected manufacturing data sparked risk-off mood. The iShares Edge MSCI USA Momentum Factor ETF (MTUM), one of the biggest momentum-focused exchange traded funds with more than $9 billion of assets under management, fell 1.3% on Monday, more than the broader market. The ETF holds Visa and Mastercard, which both fell more than 2%.

Momentum strategies, which buy stocks on winning streaks and sell losers, have served investors well this year as growth-oriented technology names have led the market rally to records. The accelerated selling could be a sign that these stocks have gotten too high too fast and a turn of investor mood in the final month of a big up year. 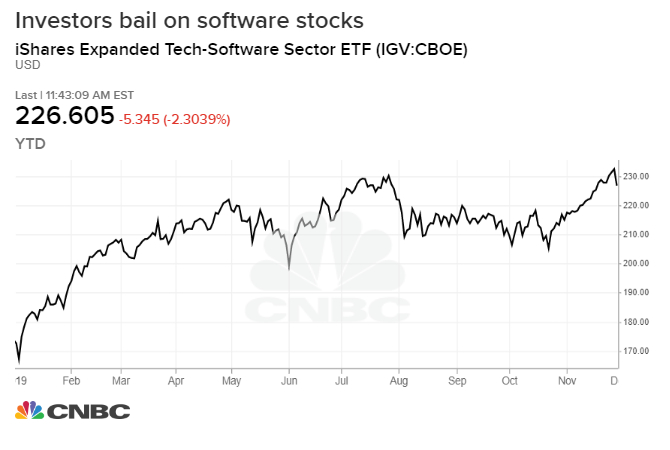 “These things got pretty overbought,” said Christian Fromhertz, CEO of The Tribeca Trade Group. “If you look at the chart of IGV, the software ETF, that’s basically run in a straight line higher. Same thing with biotech … When things move that way, you’re going to see some correction in those names.”

The iShares Expanded Tech-Software Sector ETF (IGV) lost 2.3% on Monday alone after soaring nearly 7% this quarter and 30% this year. Its biggest holdings include Adobe, Microsoft and Salesforce, which are all down about 2% Monday.

The Cboe Volatility Index, a measure of the 30-day implied volatility of U.S. stocks also known as the VIX or “fear gauge,” jumped to a five-week high of 14.6 on Monday after weeks of tranquility.

‘Medigap’ insurance covers some Medicare costs. How to choose a plan that’s right for you
Best Growth ETFs For July
Warren Buffett giving away another $2.9 billion, bringing total donations since 2006 to $37 billion
Will Public Pensions In Illinois — and Elsewhere — Crash? Here’s What Will Make The Difference
A finance expert explains the life-changing power of keeping a ‘money journal’—and why we should all do it