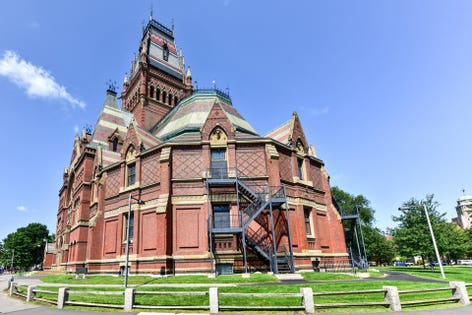 Even the nation’s most successful and enterprising young people have to pay their bills before they can build businesses.

All honorees on this year’s Forbes 30 Under 30 list were asked whether student debt influenced how or when you they started their businesses or enterprises. Of the 473 who answered the optional question, nearly one in six answered “yes.”

“I worked at Boston Consulting Group from 8 a.m. to 8 p.m., and on Chippin from 8p.m. to 1 a.m., plus weekends for half a year,” says 29-year-old pet food entrepreneur Haley Russell, who still sports $140,000 in loans after getting a Bachelor’s at Northwestern and an M.B.A. at the University of Pennsylvania’s Wharton School. “Had I had the financial freedom to choose, I would have dedicated myself to Chippin full time right after.”

The debt-minded Under 30s join the 44.7 million U.S. borrowers who shoulder over $1.5 trillion of student loan debt. Many, like Russell, had to keep their day jobs to pay down their debt while chasing their dreams offline. Adam Oxner, the 27-year-old cofounder and CTO of swim training app MySwimPro, couldn’t work full-time at his own start-up until the company could help address his $85,000 debt.

“I had to wait until we were making enough revenue to pay me enough to pay my minimum payments on my loans,” says Oxner, 27, who attended the University of Michigan as an undergrad. His debt is now down to $55,000.

And even some without loans sacrifice their business prospects to stay out of the red. Ashley Moy, 25, worked two jobs while attending the University of Illinois to avoid debt. She drained her savings to start Cast21, a medical device company with a waterproof cast or brace alternative. Her cofounder, per Moy, had hundreds of thousands of debt, and the two “had to take funding sooner than we would have wanted just to pay rent.”

Of the list’s 20 categories, the Social Entrepreneurs list yielded the most debt-minded listmakers, including Russell, with 11. Abbey Wemino and Semir Goel both served stints at corporate jobs to help pay off their loans—Goel couch surfed for six months after leaving—before cofounding Esusu Financial, which helps users save money and build credit. The duo debuted their peer-to-peer savings app in 2018 have helped 30,000 people save over $20 million in interest.

“There’s a convenient rhetoric by previous generations that millennials are lazy, which in my humble opinion isn’t true,” says Wemimo, 27. “Millennials are the most hardworking given the predicament we need to deal with. We are the most indebted generation, mostly driven by student debt, rising healthcare costs, and lack of benefits.”

To be sure, that only one in six of the honorees were concerned with student loan debt is certainly not representative of American society writ large. Personal finance entrepreneur and Forbes senior contributor Zack Friedman writes that, per the Federal Reserve and the New York Federal Reserve, 66% of borrowers who graduated from public colleges have debt. That number ascends to 75% for private not-for-profit schools.

But while some come from rich families that could bankroll Ivy education, some, like Energy listmaker Don DeRosa, eschewed pricey elite private schools for cheaper public options that similarly yielded no debt. DeRosa, 29, got his bachelor’s degree (and eventually his Ph.D.) from the State University of New York at Albany. Between the affordability of in-state tuition, his scholarships and some help from his family’s college fund, he was able to graduate without debt and get going quicker on his entrepreneurial exploit:

“Every other university I was considering had a higher annual cost than my full four years at the University at Albany,” says DeRosa.

However, while two public schools land in the top 10 most popular colleges for this year’s Forbes Under 30 class, the rest are private, with lofty sticker prices. Harvard University and Stanford University, which rank No. 1 and No. 2 on the 2019 Forbes Top Colleges list, are also the No. 1 and No. 2 top-producers of this year’s under 30’s. Nearly 50 listmakers have studied at each of the universities.

8. Columbia University in the City of New York

Stimulus checks, back-to-work bonuses, bigger jobless benefits? What the next relief bill might look like
Tesla Is Now The World’s Most Valuable Car Company With A $208 Billion Valuation
Op-ed: Financial professionals need to keep investors safe in these unprecedented times
Chapter 11 filing frenzy
Advisors need to listen more to keep clients on board, study says