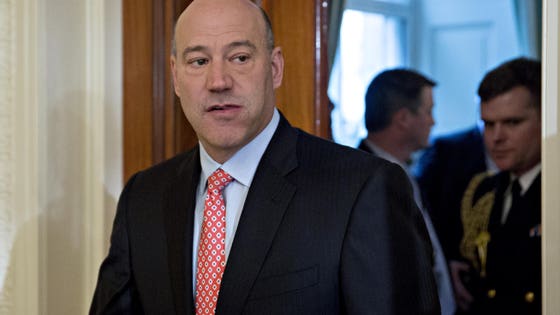 Gary Cohn, former National Economic Council Director under President Donald Trump, warned today the United States is on the fringe of potentially losing its position as the world’s leader in capital markets because it is falling behind in technology.

“We have to embrace the digitization of assets. We cannot be the slowest animal to survive,” Cohn told a Securities and Exchange Commission forum on the state of the securities markets.

As an example, he pointed out because of the adoption of more advanced tech, Asia is faster in payments than the U.S.

“That is ripping off the consumer. It is making inclusion harder,” Cohn said.

The former Trump Administration official claimed the Dodd-Frank Act and other regulations imposed in the wake of the Recession have cost the nation financial services jobs.

Because of the enormous costs, banks and other financial businesses went to low-wage nations overseas where they could hire workers for $35,000 annually instead of employees who would receive $135,000 in New York.

On another issue, the economist said the movement of America being service intensive has made the economy harder to measure since it means counting visits to Starbucks and nail salons more than the purchases of cars and other hard goods.

He told the session is not a believer in the cryptocurrency world.

“The U.S. still believes in safety and soundness,” said Cohn.

He stressed payday lenders should not exist in America today.

Cohn asserted low-wage workers could save significant sums by having digitized wallets they could take their paychecks to ATMs rather than cash them through payday lending shops and check cashing store fronts.

At the forum, Glenn Hutchins, co-founder of the $39 billion private equity firm Silver Lake Partners, contended the nation is having enormous productivity growth from tech that is not being measured.

“That means the economy is growing faster than we think,” said Hutchins.

Cohn and Hutchins appeared on a panel with SEC Chairman Jay Clayton.

Clayton acted as a moderator with the two and offered nothing new in the way of his thinking.