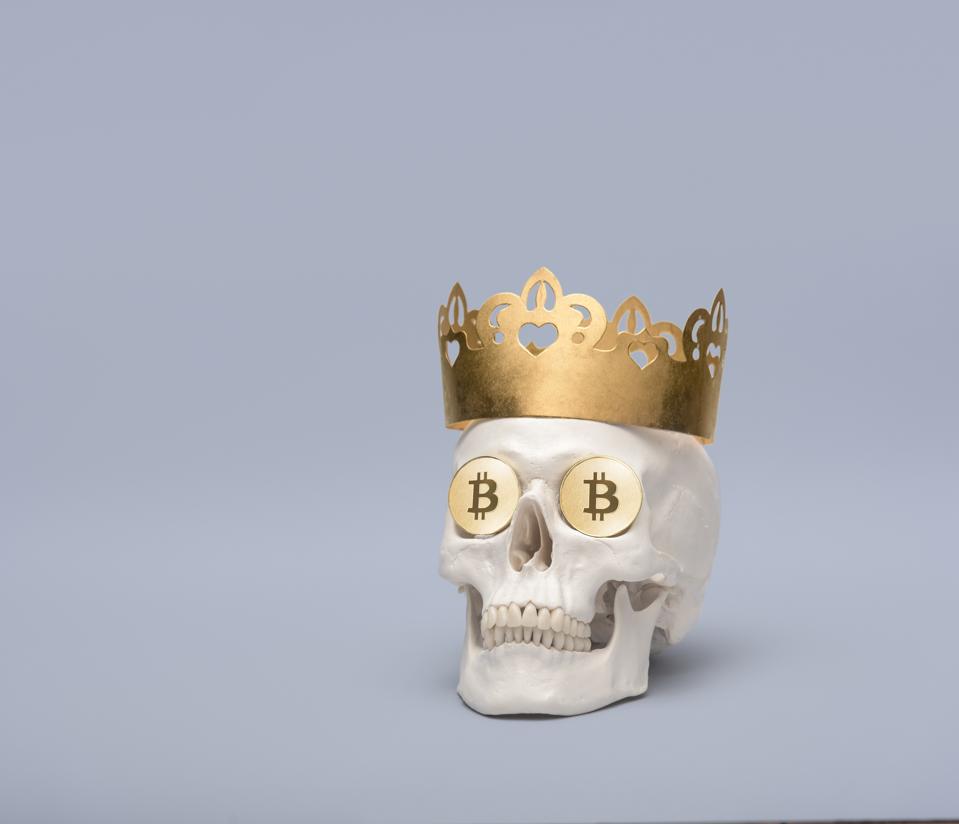 While the altcoin market has existed for nearly a decade, the only cryptocurrency that finds itself sometimes mentioned in the same league as Bitcoin is Ethereum. In fact, there was a large amount of hype surrounding the potential for Ethereum to overtake Bitcoin as the largest and most popular crypto asset on the market back in 2016. However, the Ethereum price has fallen quite considerably against Bitcoin since that time.

There are a number of reasons to believe that Bitcoin will remain king of the cryptocurrency market, whether based on technical innovations or simple network effects. And the altcoin market as a whole has performed rather horribly against Bitcoin over the past couple of years, with only two major altcoins outperforming Bitcoin in 2019.

Recently, Dragonfly Capital Founding Partner Alex Pack and Dragonfly Capital Managing Partner Haseeb Qureshi chatted with Laura Shin on an episode of Unchained. During the conversation, Qureshi shared a personal story related to the reality that Bitcoin has already won the competition to be digital gold.

It’s All About the Hodling

Before telling his story regarding Bitcoin’s role as the king of cryptocurrencies, Qureshi shared his belief that Bitcoin’s Lightning Network is something for which there is not much demand. The second-layer Bitcoin protocol has been built in an effort to offer faster, cheaper payments while retaining an acceptable level of decentralization (see here for a more in-depth explanation).

While Lightning-based payments have been hyped in the Bitcoin space for a number of years at this point, Bitcoin’s payments layer has not gained as much traction as some originally thought it would.

“It’s not a hard explanation that Bitcoin — clearly, most of the reason why people want [Bitcoin] is to hold it, not to transact for small amounts of money,” said Qureshi of Lightning’s slow pace of adoption.

“All of the sidechains and things like RSK — any augmentations on top of Bitcoin — have really been tiny ornaments on top of what the real market is,” responded Qureshi. “The real market is: I want to buy and hold Bitcoin because I see it as a digital store of value. That, overwhelmingly, is, I think, what Bitcoin is going to be used for. And that sort of use case, actually, is totally fine with the state of Bitcoin clearing today.”

Qureshi added that he does not expect Bitcoin to change much over time, though additional layers, such as the Liquid sidechain, and marginal improvements for efficiency and privacy will continue to develop.

“Yeah, I think the idea that Bitcoin would ever be a medium of exchange has always been a bit of a libertarian pipe dream,” added Pack.

According to Haseeb, he was drawn in by the additional development capabilities of Ethereum when he first got into the cryptocurrency space on a full-time basis. He saw Bitcoin as an outdated technology that couldn’t do much and thought Ethereum would clearly surpass Bitcoin as the most widely used and held crypto asset at some point.

“But the reality, of course, is that Bitcoin is a lot more than just an open source project,” said Haseeb. “And at the time, I just really didn’t grasp that.”

Haseeb added that his belief that Ethereum would overtake Bitcoin was held during the ICO bubble, when the hype around Ethereum was at its peak. According to Haseeb, Bitcoin’s key value proposition became more obvious over a short period of time.

Haseeb pointed to a quote from The Wire in relation to Ethereum’s failure to overtake Bitcoin during the ICO bubble: “You come at the king, you best not miss.”

“Once [Ethereum] aimed at Bitcoin and missed, I think, sort of, the game is over,” explained Haseeb. “Bitcoin kinda wins. And it’s pretty hard for anybody, at this point, to dethrone Bitcoin as being the claimant to what will be the digital store of value or digital gold.”

To Haseeb’s point, data shows Bitcoin took a major step forward in terms of acting as a digital gold in 2019. Additionally, industry executives have made Bitcoin price predictions ranging from $20,000 to $50,000 for this year, with one analyst commenting that there’s a 60% chance a Bitcoin ETF happens in 2020.

How Hard Is It For Your Aging Parent To Start Dating Again?
You might have to prove your identity to get Michigan tax refund
Lead Generation With Phone Scripts and Intake Forms
Analyst with $1,000 bull case on Tesla: New $2 billion offering eliminates ‘doomsday’ cash worries
Balance Your Own Books With Help From These Courses