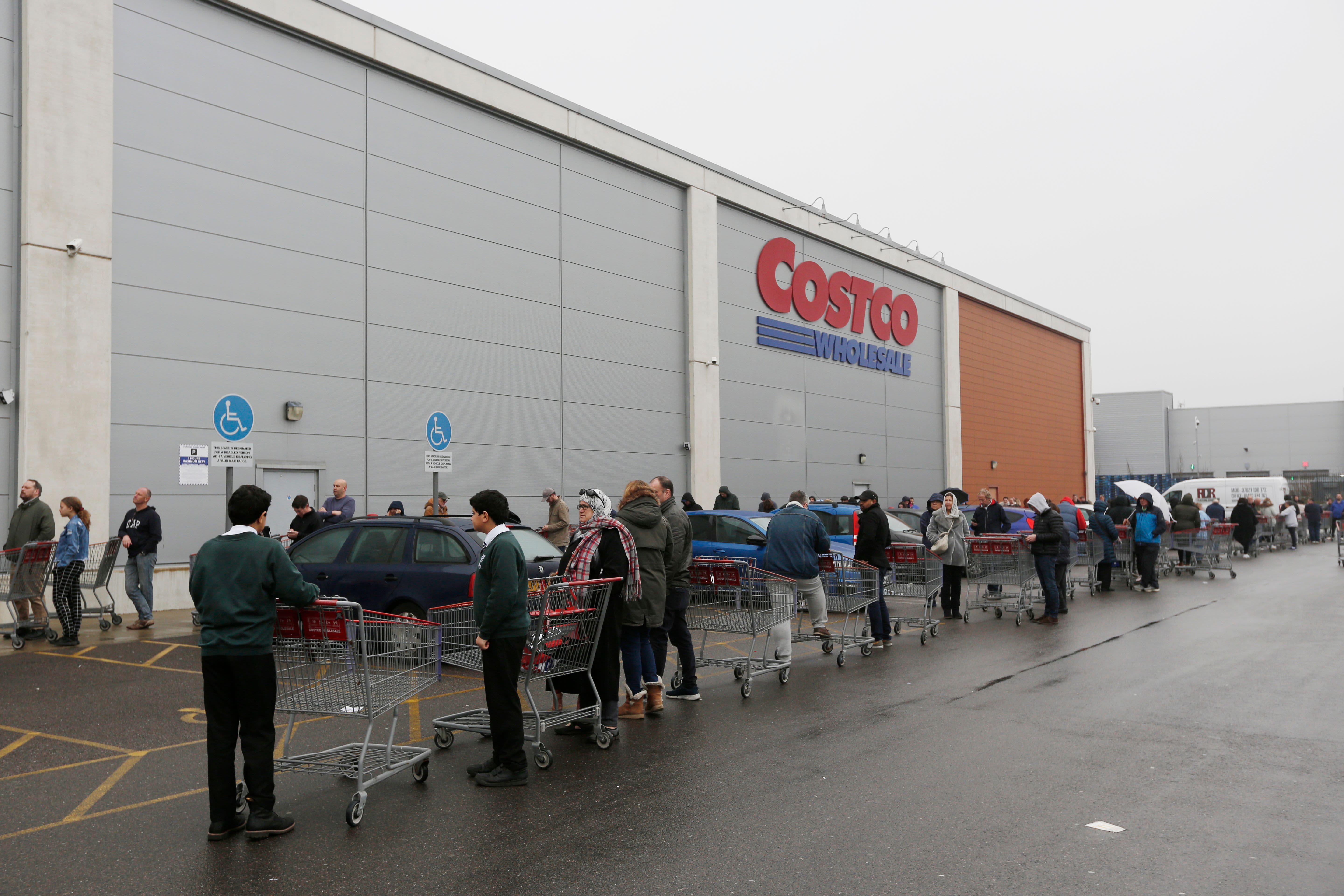 CNBC’s Jim Cramer said Friday he fears that the coronavirus-driven halt in the economy could leave the U.S. with only three retailers after the crisis ends.

“That is something that the government cannot afford to have happen,” he said on “Squawk on the Street.”

Cramer pondered the possibility of the already dominant Amazon-Walmart-Costco trifecta being the only games in town. “If it comes out that those are the three, can you imagine what it means for this country to just have three retailers?”

Customers wait in a long queue to enter a Costco members wholesale outlet.

As many smaller retailers and mom-and-pop shops struggle to keep their doors open, Amazon, Walmart and Costco are thriving on a surge in demand from consumers who need the essentials to run their homes.

While the Dow Jones Industrial Average has dropped more than 30% from last month’s record highs, Walmart stock closed on Wednesday at an all-time high of $128 per share. Walmart is one of the 30 stocks that make up the Dow.

On Thursday evening, Walmart said it will pay nearly $550 million in bonuses to hourly employees.

In an interview on “Squawk Box” on Friday morning, Walmart’s executive vice president of corporate affairs, Dan Bartlett, said the bonuses will reward employees for “performing Herculean efforts” and to put money into their pockets during the uncertain economic times because of the coronavirus.

“It’s almost like a mini stimulus package for Walmart associates,” he said.

Walmart plans to hire 150,000 new employees through the end of May to work in stores, clubs, distribution centers and fulfillment centers to keep up with heightened demand.

Costco has seen near panic-buying by consumers looking to stock up for possible lockdowns. Costco managers in some parts of the country said the stores have been busier than the holiday shopping season in the lead-up to Christmas.

Shares of Amazon, while down 13% from last month’s record highs as of Thursday’s close, have fared much better than the broader stock market.

The same can be said for Costco shares, which as of Thursday’s close, were only off about 6% since February’s highs.

The Best Business Books of all Time – As Voted By 100 Famous CEOs and Entrepreneurs
4.8M jobs added and unemployment falls to 11.1% as more states reopen after COVID-19 shutdowns
Even popular Ford F series hit hard amid plummeting industry sales
Kevin O’Leary: This is the biggest money mistake people make (and what to do instead)
Manhattan apartment sales worst on record, biggest plunge in 30 years