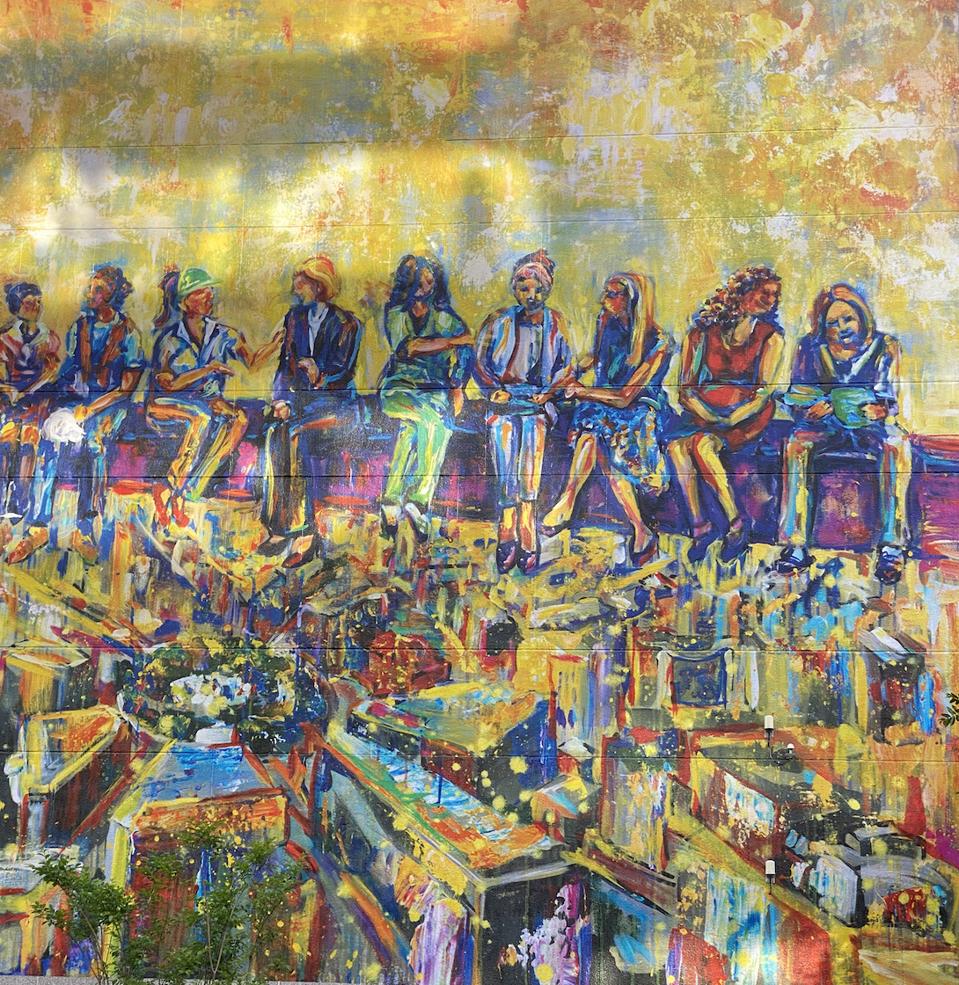 Put differently, no great infrastructure project has ever been built without extraordinary leadership – far-seeing, strategic, decisive and knowledgeable, in that order. Extraordinary men and women make these projects happen. I once asked a renowned headhunter how many people in the world could handle a complex mega project – we were discussing the $24 billion Riyadh metro project – and he said “maybe five, total.” Now think about a sustained national infrastructure stimulus for the U.S., what kind of leadership would we need for that $2 trillion effort to be successful – cutting across all sectors, and government levels, from city, to state, to federal, and across our mighty interest groups?

Leadership is all of us. It is wrong-headed to think that a single individual could put this right. We have been seriously discussing an infrastructure stimulus in the U.S. for nearly three decades, creating projects across a country of 50 states, and nearly 20,000 municipal governments. Recently our infrastructure discussions have become red hot – at a local level, at a state level, and nationally. In the last week, in which we have passed 40 million unemployed, in which we have rioting in our major cities, and in which Space-X launched two people into space, an infrastructure initiative has come to be both an absolute requirement and a necessary escape valve.

Heroic Leadership, the title of a book by Chris Lowney, makes it clear that we are looking in the wrong place for leadership; particularly in infrastructure the problem is so vast that the solution has to be in all of us. The figure of leadership that we have in our minds – one unified actor – from Bill Clinton, to George Bush, and from Barak Obama, to Donald Trump, has frustrated us. The hard fact is that we don’t need an infrastructure czar, we need a change in focus. “We have met the enemy, and it is us” in Walt Kelly’s famous phrase.

Game theory shines a light. For our country – or any country – to get moving on infrastructure the institutions have to be designed for action and listening, and the people in those institutions have to be able to do their jobs, both technically and in terms of decisive risk-taking. If it takes 9.5 years to, on average, get a new highway approved in this country, if there are only two airport runways under construction, and if it costs twice the amount per mile to build heavy metro in the U.S. as it does in Europe, then something large and systemic is wrong.

Successful country infrastructure initiatives all tap into broadly distributed and highly collaborative leadership, which really means leadership from all of us – with a strong orchestra conductor coaching the best from each person, each project, and each institution.

I’ve worked all over the world, and every infrastructure initiative that I have ever seen – from Chile in the 1980’s, to Spain in the 1990’s, to China in the early 2000’s – adapted institutions, and created new ones, so that excellence and speed – through collaboration and trust – were maximized. The people who led those efforts – and everyone involved saw themselves as leaders, and still do – have about them the air of hall of fame athletes, people who had the awesome fortune of participating in something great, and will be forever proud of what they did.

Their results were truly extraordinary, and lasting. Public sectors professionals, finance executives, and engineering/construction company leaders worked together, with confidence in each other’s technical capacity – leadership was everywhere, within everyone, and it was rewarded as companies flourished, innovated, built great projects, and became national champions. Spain’s largest construction company is now twice the size of the largest U.S. firm; of the Top 10 ENR global contractors, 7 are Chinese and none are from the U.S.

Vision matters. What allows heroic leadership to flourish, and to drive great infrastructure initiatives, is vision. Vision – a shared vision, a clear vision, a far-seeing vision – gives everyone equity in a country’s project. It always starts with a local vision, making people’s lives clearly better – tangibly better, from mobility, to health, and then strategically builds from there to the creation of economic opportunities, and national wealth. Successful companies then go overseas, an inevitable byproduct of domestic success – they are more innovative, wealthy and organized, and seek bigger markets, national champions repeating their successes in other markets.

Now, think about what we could do, with the right vision – just in leveraging technology to create opportunities for all of us: digitize our interstate highway system, creating driverless vehicle lanes for trucks – and in the process distributing 5G capacity throughout rural America; repurpose urban fiber optics networks to address water and mobility issues; and use the extraordinary data production of low earth orbiting satellites to seed whole new businesses. On the institutional side, why not put funds and authority into state infrastructure banks, as a way to create fifty active laboratories of innovation across our country? And on the project side, why not create a class of national project heroes, and recognize those men and women for their contributions to our country.

Ronald Heifetz, a Harvard professor of leadership, and former professor of mine, wrote a book entitled Leadership without Easy Answers, sharing his concept of adaptive leadership – our adaptive task is to quickly move from an ineffective belief in a single source of action to one that calls on us all, in which everyone has the authority and the responsibility – we all realize that all of us – are key to the creation of our country’s next infrastructure story.

What Does It Mean For A Brand To Get “Canceled”? Not Much.
Unemployment 💵
Top private jet companies got $200 million from the government under CARES Act
The July 15 Tax-Filing Deadline Is Approaching; New Retirement-Account Rules Can Benefit You
Hong Kong national security law may spook socially conscious investors, sparking outflows